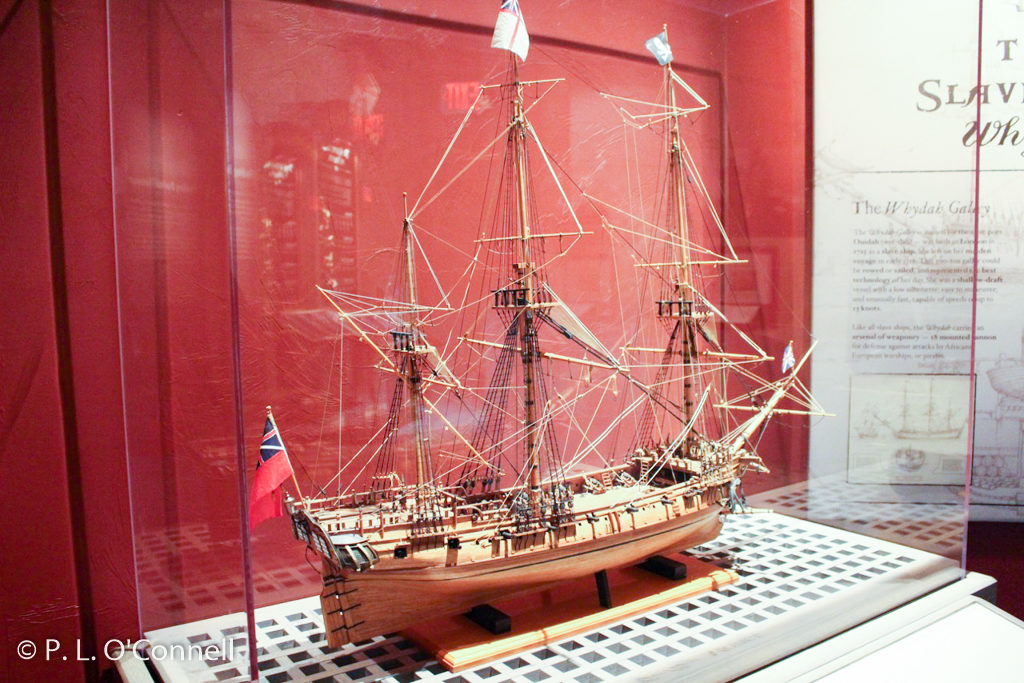 The Whydah Pirate Museum is located in West Yarmouth, on Cape Cod. The museum is about an hour’s drive from the Palmer House Inn and is a new, fully interactive Pirate Museum filled with real pirate artifacts and treasure from the pirate Samuel “Black Sam” Bellamy’s flagship the Whydah.

Originally constructed as a fully rigged galley passenger, cargo and slave ship, this three-masted 110 foot long ship, embarked on her maiden voyage out of the port of London, England in 1716. She sailed what was called the triangle trade route. When she left London on the first leg of the triangle, she was carrying a variety of goods from different business to exchange for delivery of trade and slaves in Western Africa, in what is known today as Senegal, Nigeria and Benin. She left west Africa on the second leg of her voyage with about 500 captives, gold, including jewelry and ivory. She traveled to the Caribbean where the captives were sold or traded for precious metals, sugar, indigo, rum, logwood, pimento, ginger and medical ingredients. The third leg of the voyage was to deliver the goods to London. The Whydah, however, would never return to England for a second voyage.

The ship was captured by pirate Samuel “Black Sam” Bellamy of the pirate ship Sultana in February of 1717. After taking over the ship, Bellamy and his crew ripped through the Caribbean, pirating over 50 ships and loading the Whydah with stolen treasures. Bellamy and the Whydah then set sail for New England with other ships that he had captured. 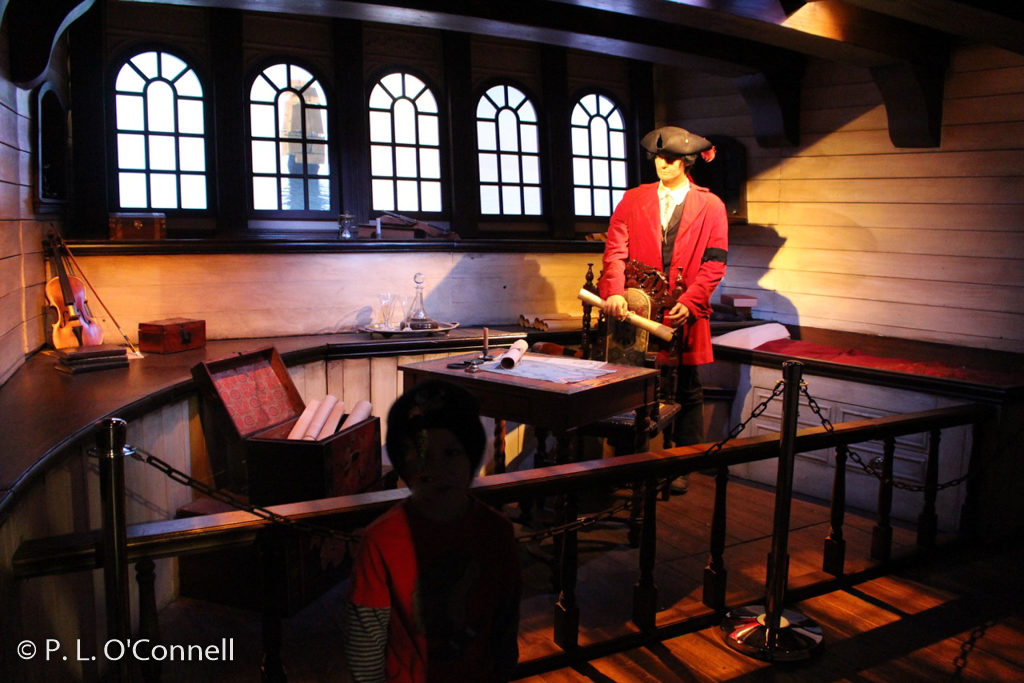 Samuel Bellamy was known as “Black Sam” because of his black hair. He was born in England but moved to New England where he met and fell in love with Maria Hallett of Eastham, MA on Cape Cod. Her father refused her hand in marriage because Bellamy was poor. He decided to turn to piracy to remedy that situation.

During the voyage north the Whydah was heavily damaged in a storm. The damage included a broken mast. The crew was able to do makeshift repairs that enabled them to each Nantucket Sound. It is believed that the repairs were completed in either Block Island or Rhode Island. Two months later Bellamy and his fleet headed north toward the elbow of Cape Cod. On April 25, 1717 they captured the ship “Mary Anne”. She was carrying a cargo of Madeira wine.

Just after midnight on April 26, 1717 the two ships were struck by hurricane force winds and 30 to 40 foot waves. She ran bow first into a sandbar 500 feet from what is now known as Marconi Beach in the town of Wellfleet. She then capsized sending 4.5 short tons of gold and silver, 60 cannons and 144 people to the ocean’s floor. The Whydah’s contents was spread over  a 4 square mile area. All but 2 sailors were killed. The Mary Anne also sank in that storm.

After the wreck was reported to the governor of Massachusetts, Samuel Shute, he sent Captain Cypian Southack, a local salvager and cartographer, to recover the bullion. However, when Southack arrived on the scene in May, all that he found was that some of the ship was still visible below the water’s surface. At that time Southack created a map of the site.

The wreckage and treasure would remain buried for close to 300 years. Fascinated by the stories of the Whydah since childhood, Provincetown native Barry Clifford decided to look for the ship’s wreckage. He began his search in 1983. In 1984, Clifford, with the help of Southack’s map, began to find the first artifacts from the Whydah just 500 feet offshore. It wasn’t until 1985, however, that authentication of the treasure would be proven, when Clifford unearthed the Whydah’s bell that is inscribed with the name. Also, in 2013 a small placard was found that had the ship’s name and was inscribed with her maiden voyage date.

The Whydah Pirate Museum features replicas of the ship. All of the artifacts discovered so far are on display for viewing. Visitors are also able to learn about the excavation process and the technology used to restore and preserve, these one of a kind, treasures. Interactive and wonderfully unique, the Whydah Pirate Museum is a must visit. 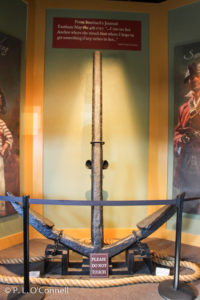 While all of our guestrooms have their own charm suitable for relaxation after the most wonderful day of visiting museums on Cape Cod, we recommend the Harriet Beecher Stowe room, the Theodore Roosevelt room or the Emily Dickinson room. These rooms feature comfortable king beds, fireplaces, jetted tubs and a relaxing stay before and after your day.