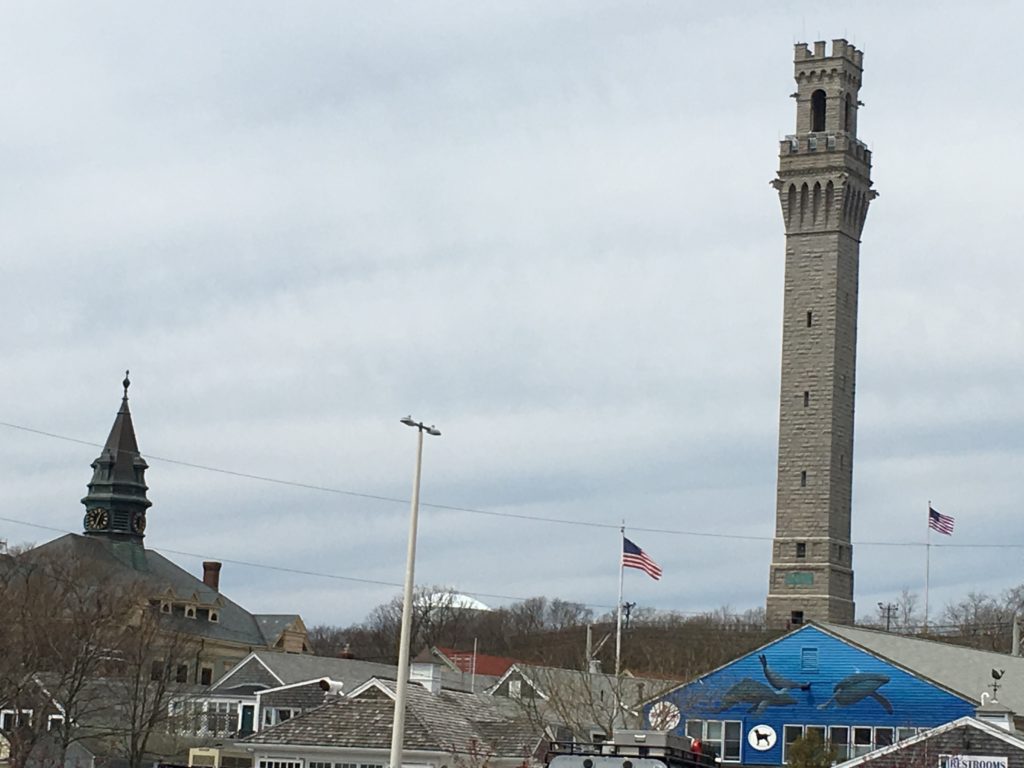 Built between 1907 and 1910, the Pilgrim Monument commemorates the first landing of the Pilgrims in the new world. The Mayflower carrying the Pilgrims from England, landed on November 21, 1620. The landing took place in what is now known as Provincetown Harbor.

Before sailing on to find a more suitable location for agriculture, they spent five weeks exploring Provincetown and the tip of Cape Cod. During this discovery period, they decided that the tip of this wind swept peninsula had sandy soil which is not good for growing crops and it was exposed to the harsh storms that come off the Atlantic. Therefore, they chose to moved on to a more sheltered location, in what is now known as, Plymouth Harbor. In Plymouth, the soil was rich and the contour of the land protected its inhabitants from storms.  Also, there were abundant trees to use as fire wood and to build houses and a fort. However, it was during these five weeks that they spent in Provincetown that the “Mayflower Compact” was first drawn up and signed. It was designed by architect William Thomas Sears, with the inspiration for the document coming from the Torre Del Mangia in Italy. 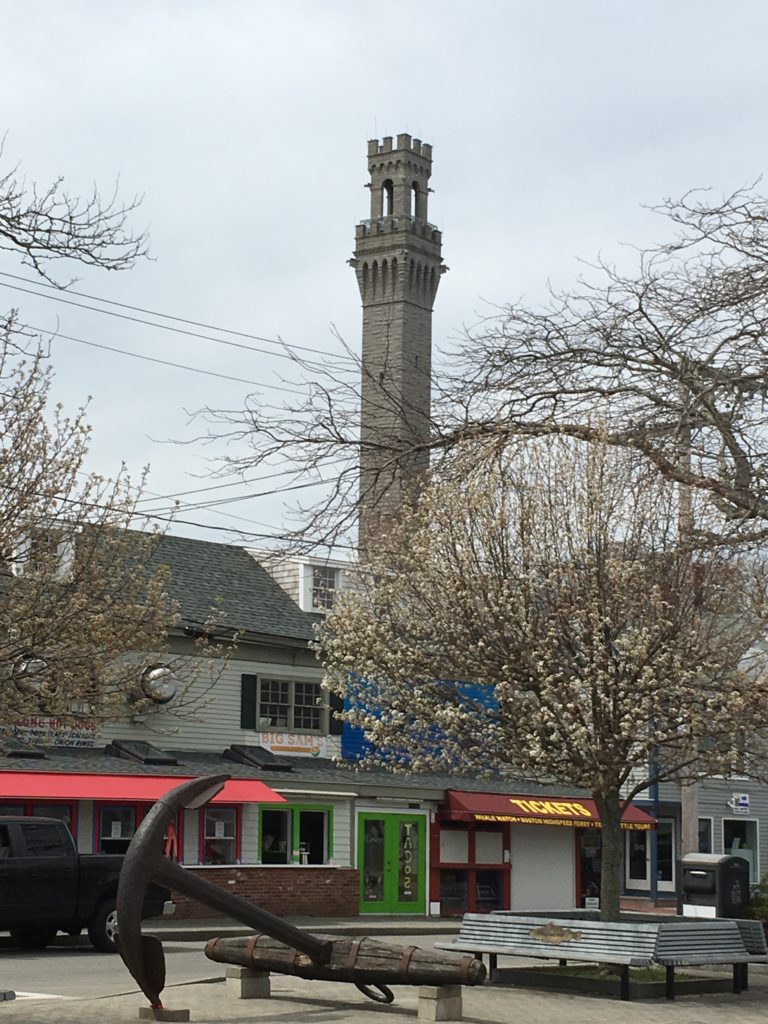 The Pilgrim Monument is the tallest all-granite structure in the United States. It is 252 feet tall. When the monument is open, visitors can climb the 116 interior steps to be rewarded with the breathtaking views of
Provincetown and Cape Cod. On a clear day one can see all the way to Sandwich and the entrance to the Cape Cod Canal.

To continue the celebration and remembrance of the first landing of the Mayflower, Provincetown holds an annual lighting of the Pilgrim Monument. This is when 3,100 “landing lights” are lit in a ceremony towards the end of November and shine nightly through January sixth, of the New Year.

At the foot of the Pilgrim Monument is the Provincetown Museum. It was constructed in 1910 and was the first building on Cape Cod to be built for the primary purpose of housing a museum. The intention of the museum builders was to educate the public about Pilgrim and American history and how Provincetown played an important role in our nation’s history. Some of the permanent exhibits focus on; the arrival of the Mayflower and the Pilgrims, Provincetown’s maritime history, the early history of the area’s theater presence, and the interesting account of the building of the Pilgrim Monument. Many other historical items and artifacts representing Provincetown’s rich and diverse past can be found throughout the museum.

For information on the 2017 lighting ceremony, and for general hours and admission, visit the website .

While all of our guestrooms have their own charm suitable for relaxation after the most wonderful day exploring Cape Cod’s museums and history, we recommend the Harriet Beecher Stowe room, the Theodore Roosevelt room or the Emily Dickinson room. These rooms feature comfortable king beds, fireplaces, jetted tubs and a relaxing stay before and after your day.