It is February 14th and our little Cape Cod bed and breakfast will be checking-in an inn full of  guests this weekend. The roses have been ordered, to be delivered today. The chocolates have been purchased and the champagne is chilling. There will be a fire in the parlor fireplace and romantic music will be playing. 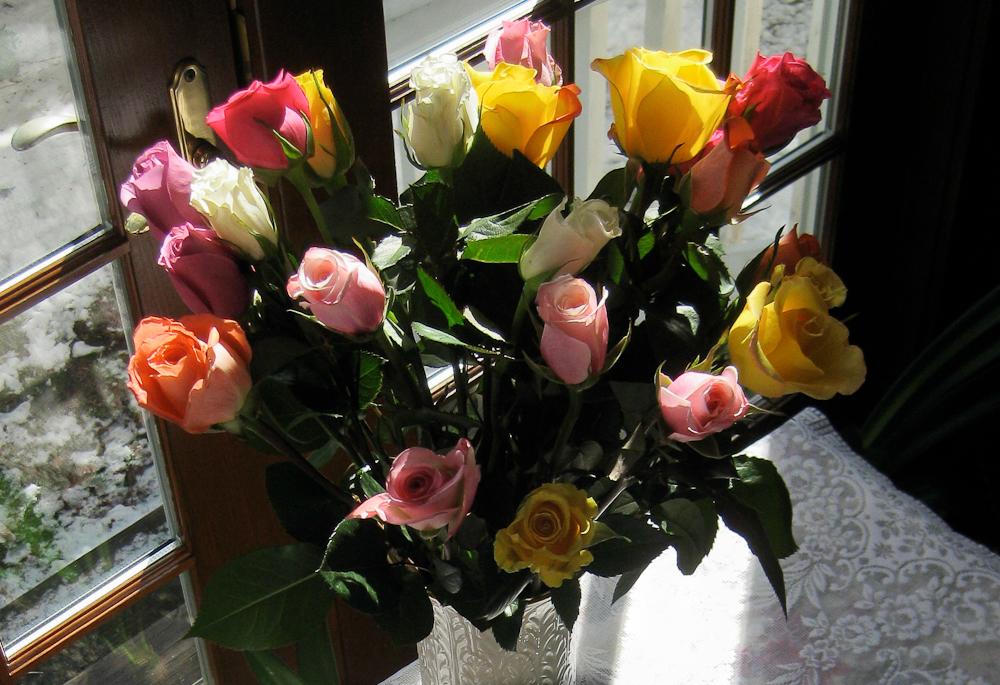 The restaurants and shops on Main Street are also decked out. La Cucina Sul Mare (Falmouth Restaurant Map), Falmouth’s southern Italian-American restaurant, has a decorated tree with red lighting beside the door and each diner will be given a red rose.  Fabio Pozzati, the executive chef at Osteria La Civetti, Main Street’s northern Italian restaurant, will be serving up some of his romantic fare.  Anejo Mexican Bistro & Tequila Bar has created a wonderful Valentine Margarita for diners to enjoy. Liam Maguire’s Irish Pub is hosting it’s sixth annual “Dateless Night”,  if you want to have a good laugh, they will be having their own version of “The Dating Game”. You do not have to be dateless in order to go, all that you need is a good sense of humor and an appreciation of fine Irish music. Also, Stone Loven Pizza Co. will be featuring their meat lover’s pizza. Also, The Glass Onion on North Main Street will be having several sumptuous specials this in honor of the day of lovers.

How did Valentine’s Day Become Romantic?

The origin of Valentine’s Day is not certain. There were many early Christian martyrs who were named Valentine, however, it is believed that the ones who are honored on February 14th are Valentine of Rome and Valentine of Terni. Valentine of Rome, was martyred in approximately AD 269 and was berried on Via Flaminia. 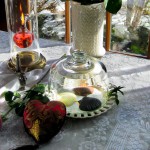 Valentine of Terni became bishop of Interamna about AD 197. Interamna is modern day Terni. This Valentine is said to have been martyred  during the persecution under Emperor Aurelian. He is also buried on the Via Flaminia. According to popular to popular martyrology Valentine was imprisoned for performing weddings for soldiers who were forbidden to marry and for ministering to Christians, who were persecuted under the Roman Empire. During his imprisonment, he is said to have healed the daughter of his jailer. Before he was executed, it is said that he composed a farewell letter to her and signed it, “From your Valentine.” However, it was not until the Middle Ages that February 14th. was associated with romantic love. It was Gregory Chaucer who initiated the tradition of courtly love and it was in the 15th. century that it became an occasion during which lovers expressed their love for one another. That is when the giving of flowers, sweets and love notes became popular. Some Valentine’s Day symbols that are the most used today are; a heart-shaped outline, doves and winged Cupids. In the 19th. century greeting card companies began mass-producing cards and the tradition continues today.

Yesterday I met a friend, she told me about her 14 year old son who wanted to give his girlfriend a special Valentine, however, because he was on a tight budget, he decided to give her a deck of playing cards. On each card he wrote a reason why he loves her. On the front of the box he wrote, Fifty-two reasons why I love you. On one of the cards he wrote, “I love the way that your eyes crinkle when you laugh.” I would be willing to bet that she will keep that deck for a long time.

If you are looking for a romantic Bed and Breakfast next Valentine’s Day we recommend our Harriet Beecher Stowe room, with a fireplace, jetted tub and cozy king bed, won’t want to leave. Our Emily Dickinson room also features a fireplace, jazuzzi-style tub and inviting king bed with the added benefit of being located in the main part of the inn.