Written and Photographed by Pat O’Connell 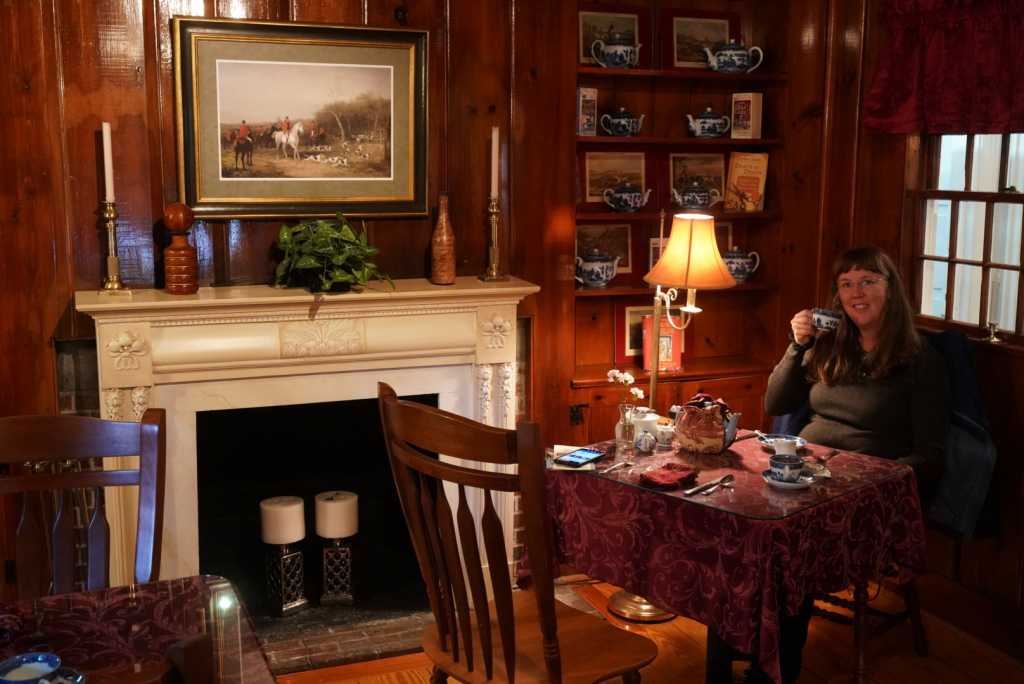 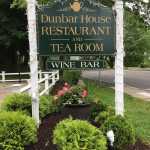 Before there was a tea house, here was a house at 1 Main Street in Sandwich, MA since the first European settlers arrived in 1650. Sandwich is the oldest town on the Cape and John Dillingham was one of its founding fathers. John Dillingham built a small house on the 1 Main Street site in the center of town when he first arrived. It was built on a rise overlooking Shawme Pond and a grist mill. The pond is fed by a fresh water spring and there is also a herring run that is maintained by the town to this day.

In 1740 the original house was moves to 17 Main Street, where it still stands. At that time a much larger and more impressive house was built on the site by Dillingham’s decendants. 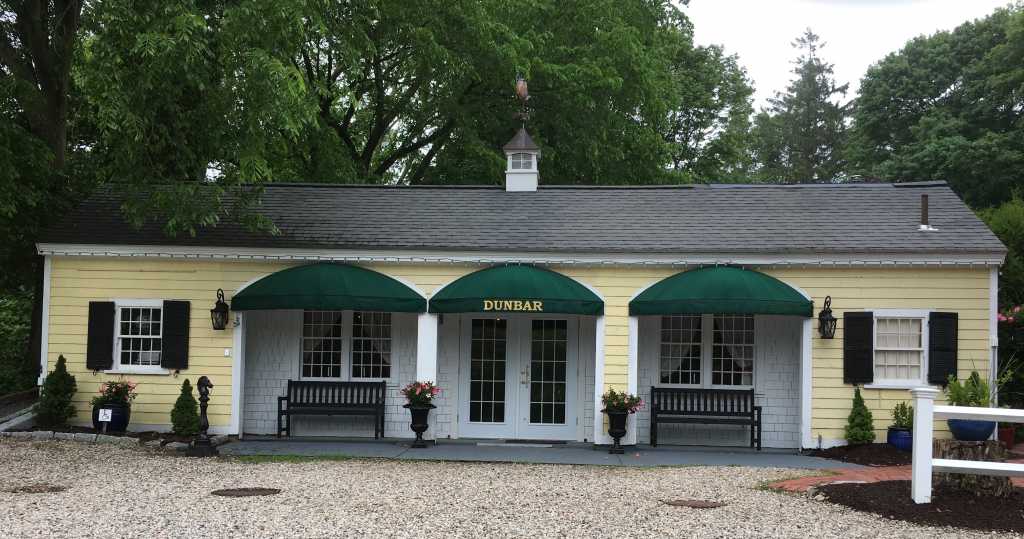 Front of the Dunbar House

During the two hundred and fifty years of the houses existence, there have only been five families who have lived in the house. The Dillingham family lived there until the 1860’s. At that time it was purchased by Anthony Chapouil. Mr Chapouil worked for many years as a accountant for the Boston & Sandwich Glass Works. An interesting note is that. Mr Chapouil’s brother was the grandfather of the well known children’s book author, Thorntan W. Burgess and the Burgess House where he wrote, is within walking distance of the center of town.

In the 1920’s the house was purchased by Colonel Henry Dunbar. He had been assigned the task of supervising the widening of the Cape Cod Canal and wanted to live in close proximity to the work. At that time he added the Carriage House, a billiard room and tennis courts. He also planted an elligant roes garden.

During the time that the Dunbars were living in the house Mrs Dunbar established a tradition of serving tea.

In 1974 the town of Sandwich purchased the house, however, in 1990 it was returned to private ownership when it was bought by the Bells. In the spring of 2000, Jim and Paula Hagarty who were from Milton, MA moved into the house and commenced to do a complete renovation. The goal was to restore the buildings to their original grand scale. In the process they have maintained Mrs Dunbar’s elegant tradition of serving tea in the lovely and comforting atmosphere of the adjacent tea room.

In addition to afternoon tea, the Hagartys serve a wide selection of British fare. Lunch and tea can also be enjoyed in the new Tea Garden Room This room has lovely views. The original tea room sits in the old wood paneled billiard and gentlemen’s smoking room. When you enter you no longer hear the sound of clanking billiard balls, you are greeted with the sound of clinking tea cups and the aromas of baking scones, shortbreads, pies and cakes.  All of the Dunbar’s deserts are made in house.

Both the original tea room and the dining room have fireplaces that are lit and stoked in the winter.  During the summer one can enjoy cool breezes inside or out on the patio that is surrounded by beautifully manicured gardens.

The menu is innovative and the selection of quality teas have attracted visitors from around the world. The Dunbar House also serves a wide variety of British ails and European wines, ports and sherries.

The Dunbar House Restaurant and Tea Room are just a thirty minute drive from the Palmer House Inn.