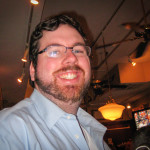 On Thursday February 27th Bill and I were invited to a private party at Liam Maguire’s Irish Pub & Restaurant. It was an absolutely wonderful affair. That morning the four Maguires; Liam, with his wife Deb and their sons Rory and Shea, traveled to Faneuil Hall in Boston to be sworn in as an American citizen. There were over 300 other immigrants becoming citizens that day. Deb Maguire described the ceremony as inspiring. 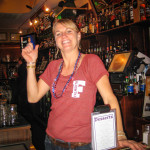 Liam is 72 years old and has lived and worked in Falmouth for 20 years. There were over 50 people at the party and a fine time was had by all. The party was a complete surprise to him. As he and Deb were driving into Falmouth after encountering a blinding snow squall on the way home from Boston, Liam announced, that he wanted to go home in order to take a nap to prepare for his scheduled performance that evening. Deb fortunately was able to convince him to stop by the pub on their way to the house. We can only imagine his surprise when he saw the red, white and blue bunting decorating the pub’s exterior.

Liam told reporters, “I am happy to be an American. I’ve lived here a long time and it’s about time I become a citizen.” None of us could figure out why it took so long for him to apply for citizenship. The explanation was that he has been busy and just had not taken the time to fill out the papers. Liam said, “It was the land of opportunity, that is why everyone came to America. There was work. I didn’t leave to stay. I left to work and I got more work and more work and all of a sudden, I ended up staying. This is my home now. I’ve lived here 20 years.” 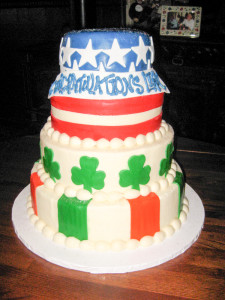 Liam went on to talk about how he eventually found his niche in Falmouth. He talked about the strife in Northern Ireland where he lived up until he turned 20. He was born in Glasgow, Scotland in 1941.  He and his twin brother were only 3 weeks old when the Nazis bombed his village. At that time his father, who was originally from Northern Ireland decided to move back to his homeland. That was where Liam would spend his youth. At the age of 20 he traveled to London to work, then to Spain, then to Germany and finally back to Ireland. He played music as a profession, mostly as a solo performer but occasionally with bands. To this day he continues to play traditional Irish music. After working as a musician and balladeer, he was offered work in the US and Canada. He goes on to talk about all of the work that was offered to him in America that  made him think that this is where he should make his home. He says, “I think I’ve toured most of the United States. Alaska is the only state I haven’t been to.” 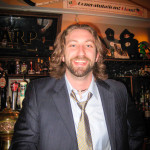 In 1980 he moved to Boston for a year and the following year he moved to Washington D C, where he stayed for 13 years. He married Deb a year after arriving in the city and their sons were born there.  However, the constant touring became difficult with a young family and he and Deb decided to buy a business on Cape Cod. He now says “I’ve got a lot out of this country and I’m staying in this country. I respect the country, I like their policies. I like the way the government runs. I like this freedom of speech.”  We are all happy that the Maguires made the decision to make Falmouth their home.

While all of our rooms have their own individual charm suitable for relaxation after the most wonderful day of adventures and citizenship parties, we recommend the Harriet Beecher Stowe room, the Theodore Roosevelt room or the Emily Dickinson room. These rooms feature comfortable king beds, fireplaces, jetted tubs and a relaxing stay before and after your day.