This morning Falmouth firefighters and Scout troops honored those who lost their lives in the terrorist attack on the  New York World Trade Center on September 11, 2001. A ceremony was held at the Falmouth Fire and Rescue Station. 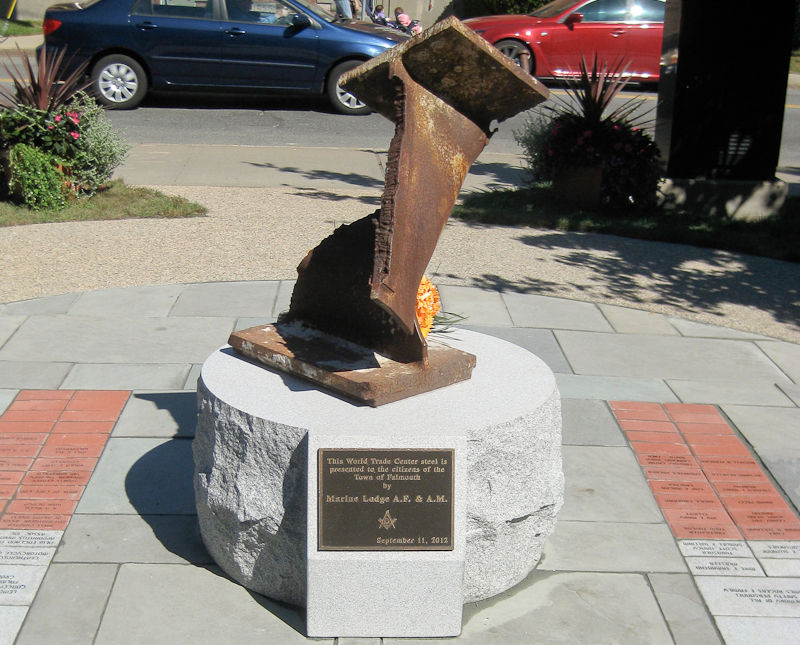 Made from twisted steel from the Twin Towers of the World Trade Center. A memorial to the lives lost on September 11, 2001. Falmouth, MA

A monument was unveiled that was made from twisted steel from the Twin Towers.  A large crowd formed for the unveiling. The firefighters have been working for months to prepare the site. A new granite base was set into place and commemorative bricks were laid at its base in the shapes of the twin towers.

Two  granite columns stand to the side of the monument. Their shapes also represent the twin towers. On top of each is a bronze sculpture. The first is a bell, the second is a replica of a firefighter’s helmet. The grounds around the memorial are beautifully maintained. Firefighters have refinished two teak wood benches that face the monument. It is a fitting tribute to those brave Americans who run into the danger at their own peril.