The Brewster General Store was built at Carlton E. Sears Square, as a church in 1852 by the Universalist Society, at a cost of $5,000. The congregation declined because of the Civil War and the building and property were sold in 1866 for $1.00. At that time it became a store. The new owner removed the steeple and the front portico and installed a front porch and large display windows. At that time a second floor was created and it was known as “The Hall”. The Hall was a place where social events such as dances and plays took place. Exciting things were happening in Brewster in 1866. That was also he year that the Old Colony Railroad came to town.  In order to best serve his customers, the owner delivered goods to towns people in a covered horse drawn wagon. This delivery service continued into the twentieth century and the Brewster General Store has been selling provisions and assorted merchandise to folks ever since. 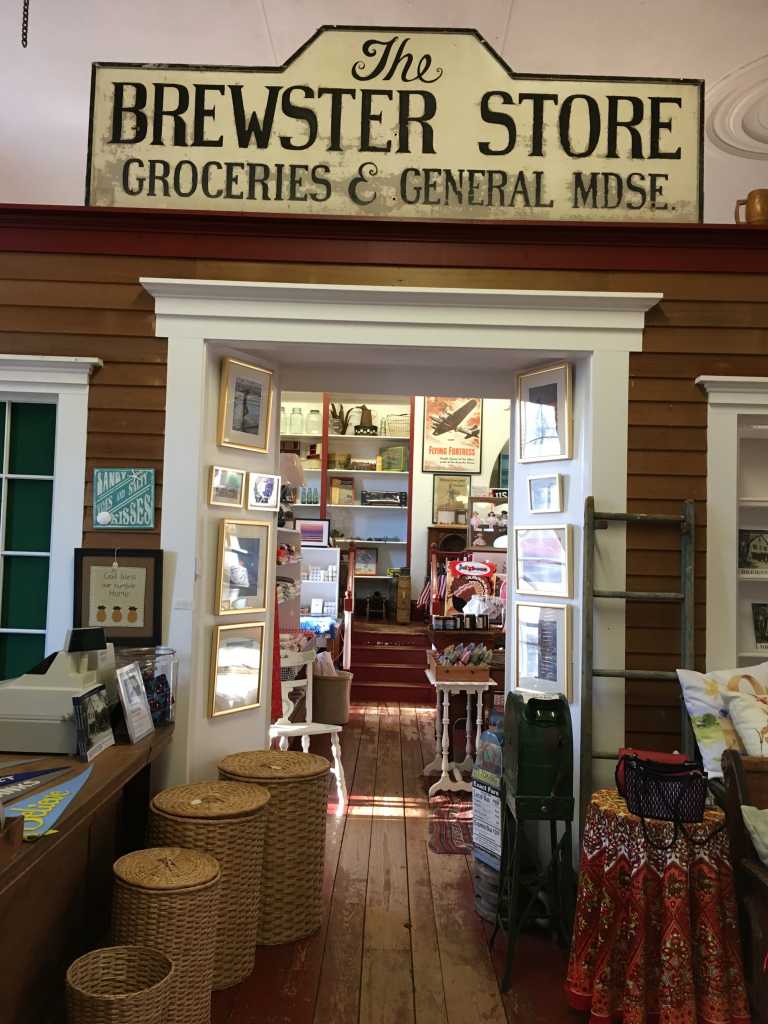 The store is also a museum of sorts and a town meeting place. It has been visited by many famous people such as Horacio Alger and Helen Keller to name but a few. However, the store owes its long popularity to the thousands of summer and year round residents of the Cape who have passed through its doors during the past one hundred and fifty years. They have purchased groceries and household items in addition to meeting with friends and neighbors to catch up with local news. It is one of the oldest continually running stores on Cape Cod and one of the few authentic general stores in the northeastern United States.

The Brewster General Store is a beloved reminder of a bygone age. It is a story of survival and a tribute to local history. As you enter the main door and look around you will see a few hints of the store’s colorful past. The maple floors creek, there is a nickelodeon and an old post office. The blue check curtains in the front windows make you think of the nineteenth century.  As you ascend the turning staircase, be sure to notice the original church’s arched windows.

In New England during colonial times, churches or meeting houses as they were called, served as the political, social and religious centers of rural communities such as Brewster. From the landing of the Mayflower to the Revolutionary War, weekly church attendance was mandatory. However, as secular governments emerged, the dominance of the churches subsided and the general store became the meeting place. 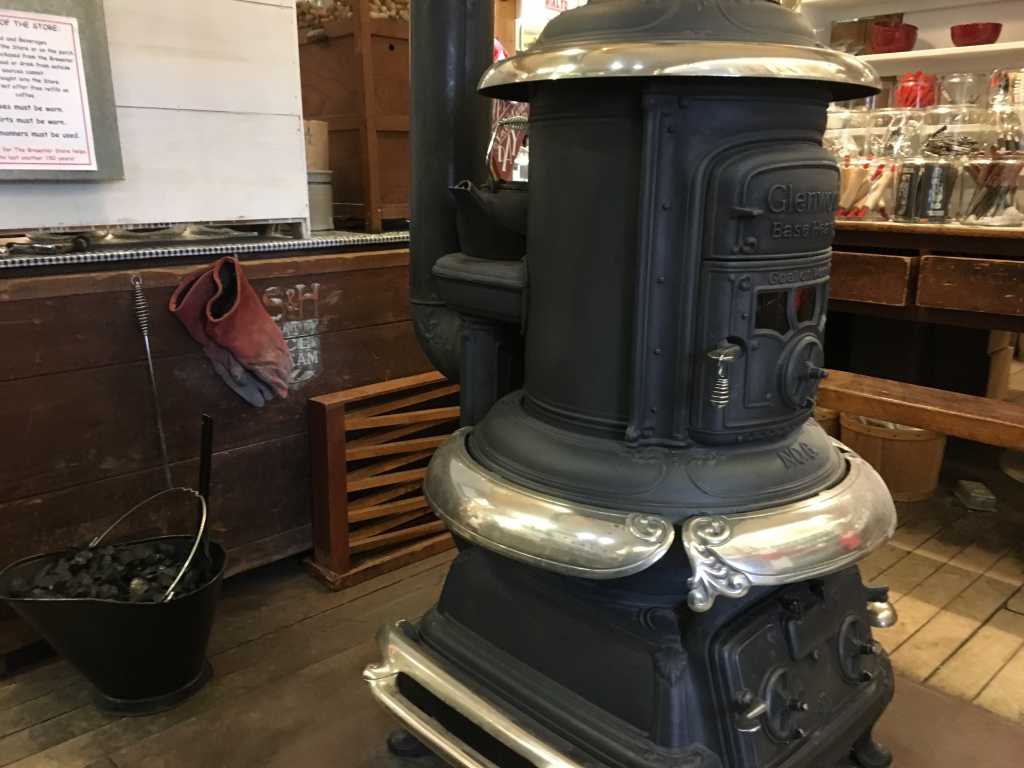 The store was at one time the town’s hardware store and Post Office but that is no longer the case. Nor does it carry the vast selection of foods that it once did but it is still a friendly place where you can go in the morning and linger by a coal burning stove in the winter and drink a cup of freshly roasted coffee while you chat with neighbors. During the summer months you can stop by for an ice cream cone at the Brewster Scoop next door. During the warm weather folks sit on the outside benches and chat.

If you are planning a visit to Cape Cod, be sure to schedule in a visit to this charming old place. It is an hour’s drive from the Palmer House Inn and a great stopping place while on your way to Provincetown.