Chatham, a town located in the southeastern area of Cape Cod, known as the lower Cape, is approximately an hour’s drive from The Palmer House Inn.

The area around the lighthouse was once heavily populated with maritime traffic. However, the waters in Chatham harbor are extremely treacherous for traveling vessels. In the early 19th century, there was nothing to warn captains of the dangers lying within. Also, the waters off Chatham are menacing to coastal shipping traffic. There are strong currents and dangerous shoals. It is important to note that before the construction of the Cape Cod Canal, all south bound shipping had to travel around the Cape through these waters. In order to help guide the vessels safely and effectively, a lighthouse needed to be built. 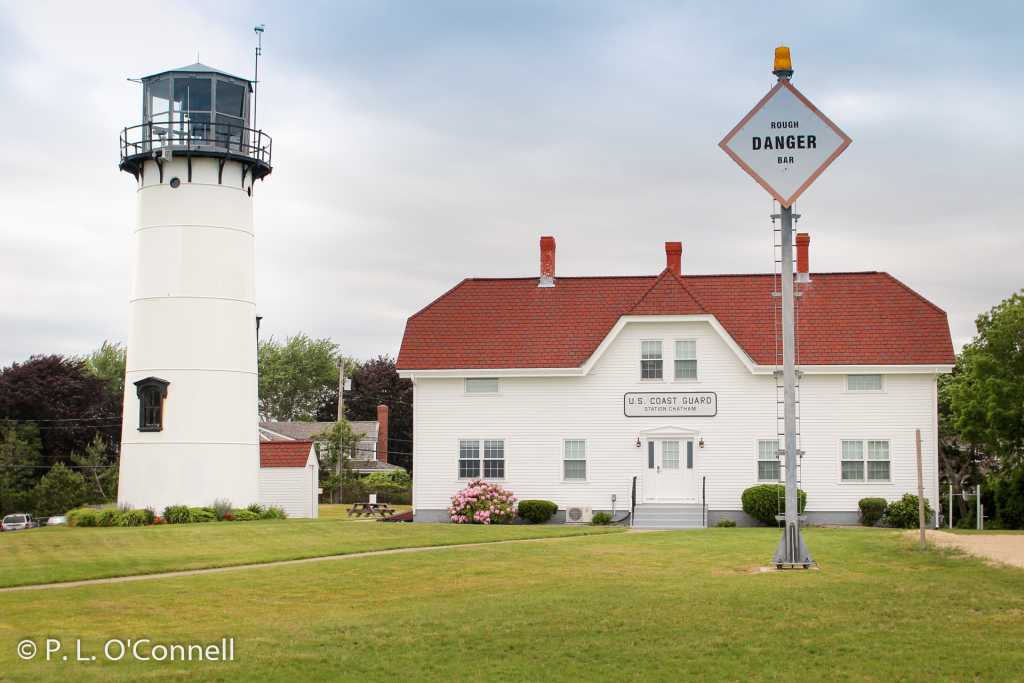 In April of 1808, seven thousand dollars was appropriated to build a light station. It is interesting to note that this was the second lighthouse to be approved on Cape Cod. To increase visibility even more, the new Chatham Light Station would have two towers instead of one. The towers stood forty feet above sea level. The two wooden towers were octagonal in design and were located approximately 70 feet apart. Between the two structures stood a small house for the lighthouse keeper to reside. The first keeper, Samuel Nye, was approved to take on the job by Thomas Jefferson himself. Throughout the years, the lighthouses endured many changes regarding construction and even location. In 1841, only thirty-three years after being built, the wooden towers began to rot from the harsh salty air and damp eroding land. At that time, it was decided that two new thirty foot tall brick structures be built to replace the decaying wooden ones. Then in 1857, fourth-order Fresnel lens were installed to improve the quality of the light given off by the towers. They remained lit by using lard oil. Unfortunately, a number of devastating storms took a major toll on the surrounding land and severe erosion left the twin lights only forty-eight feet from the water’s edge. 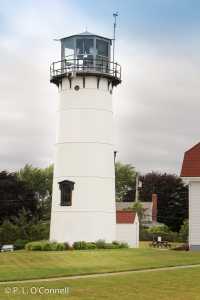 Knowing that nothing could be done to save the towers, residents let the lights succumb to the hungry sea. In 1877, before their ultimate demise, two new cast-iron lighthouses were built across the street, this time with two homes to house both the keeper and an assistant. The towers now stood forty eight feet above the water and proved much more durable than the four lighthouses before them. Approximately 115 years later, having two towers was deemed unnecessary and one of the towers was moved to Eastham, another Cape Cod town. At that time, the remaining light once again got a makeover. A rotating lens and an incandescent oil-vapor lamp were added. In 1939, the Coast Guard electrified the light and in 1969 a larger rotating light was installed. Finally, in 1982, the light was automated and it remains lit to this day. Chatham Light Station is now run by the Coast Guard and remains an aid to navigation. Unfortunately, the grounds are not open to the public except for scheduled open houses that occur throughout the year. Parking is available outside the grounds which allow visitors to wander close enough to see the grand structure, but make sure to get there early for the numbered spaces fill up fast during the summer season.

While all of the bedchambers at the Palmer House have their own romantic charm suitable for relaxation after the most wonderful day of adventures exploring Cape Cod’s lighthouses, we recommend the Harriet Beecher Stowe room, the Theodore Roosevelt room or the Emily Dickinson room. These rooms feature comfortable king beds, fireplaces, jetted tubs for a relaxing stay before and after your day.