Founded in 1886, the goal of the Chatham Railroad Company was to build one train yard, three stations, and a seven mile stretch of track from the Old Colony Railroad Mainline in Harwich to the town of Chatham. Upon completion of the stations and track, Marcellus Eldridge took the position of President of the company in 1887. Supplies brought to Chatham via train included mail, lumber, groceries, stone, steel, coal, asphalt, gasoline, and more. Cargo exported  from the outer Cape included mail, fish, shellfish, and cranberries. Along with freight trains, there were also four passenger trains seven days a week. Popularity of train travel grew and in 1891 the Chatham Railroad Company served 22,000 passengers. However, over the years, due to  improvements of the highways, the company was discontinued in 1937, after nearly 50 years of service. 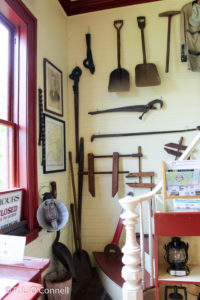 Tools that were used on the railroad.

The land and one of the empty depots where the Chatham Railroad Company once ran was donated to the town of Chatham in 1960 by Mr. and Mrs. Jacob Cox. It was suggested by the Chatham Chamber of Commerce that the donation should be turned into a museum and they did just that. A retired New York Central Railroad Executive named Frank Love stepped in as the first Director of the Chatham Railroad Museum. Love asked a total of 62 railroad presidents for, “worthy and relevant items and artifacts” to be displayed at the museum. As a result, thousands of items have been collected through the years. Such items include lanterns, signs,  lights, timetables, passes, calendars, original Western Union telegraph equipment, and much more.

A 1910 red wooden caboose was also among the items collected. The caboose was originally constructed for the New York Central Railroad,  It had traveled over 1 million miles before being decommissioned. It had been attached to freight trains that had gone back and forth from New York City to Chicago. Today, the caboose sits permanently on the tracks at the museum and visitors are able to go inside to explore. It was fully restored with lockers, a conductor’s desk, and cupola. There are hundreds of exhibits at the museum for visitors to enjoy. Another exhibit worth mentioning contains a variety of vintage model trains, some of which were exhibited at the 1939 New York World’s Fair. After being exhibited at the Fair the models went on to be on display at Grand Central Station in New York City. 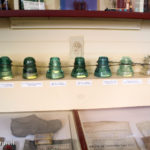 In 1978, the Chatham Railroad Museum was officially placed on the National Register of Historic Places. More recently, in 2009, the exterior of the museum underwent an entire restoration after receiving both local and state grants.  This charming bit of Cape Cod memorabilia is located approximately an hour drive from the Palmer House Inn, the Chatham Railroad Museum is a convenient stop on the Museum Trail and is great for the young and the young at heart. Located on the lower cape, the Museum is a perfect add-on for a day trip to explore the lower Cape Cod area and to learn a little more about its rich and beautiful history. Be sure to visit their website for days and hours of operation. 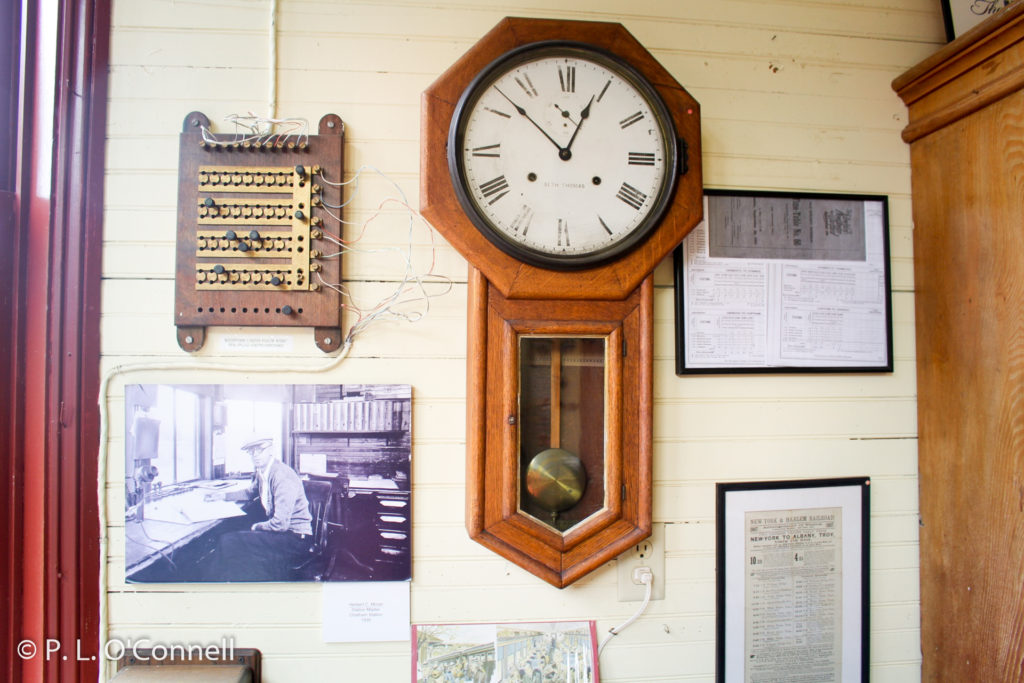 While all of our guestrooms have their own charm, we recommend the Harriet Beecher Stowe room, the Theodore Roosevelt room or the Emily Dickinson room . These rooms feature comfortable king beds, fireplaces, jetted tubs and a relaxing stay before and after your day.