In 1832 there were 881 saltworks on Cape Cod. That time was the height of salt production. Cape Cod Saltworks has brought back that historic Cape Cod industry. They have revived the original method of producing salt through evaporation. They make artisanal salt using old fashioned, small-scale techniques.

Because the early Americans did not have refrigeration, salt was the only way they could preserve foods. During the Revolutionary War the British blockades  of American ports, forced New Englanders to produce their own salt. Thus an economic boom was created on Cape Cod. Local entrepreneurs applied their ingenuity to producing salt by using the seemingly endless supply of wind, sun and sea water. 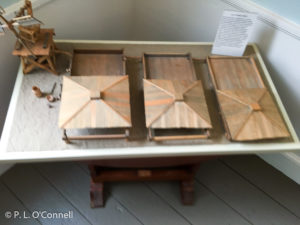 Top view of the saltworks

However, when the railroad came to Cape Cod and salt mines were discovered in New York, salt production by evaporation was replaced by mined salt. The mined salt was less labor intensive and thus less expensive. In a few short years the salt works throughout the Cape were dismantled. The vats are long gone, however, the original wooden pipes can still be found, uncovered in the bay, after a big storm.

Falmouth built salt works in the 1700’s. The entire works was made of wood. That included wooden pipes and wooden pegs. Even the shovels and buckets were wooden. Sea water was pumped by a wind mill into a high vat or large wooden tray. The water was  evaporated by the sun through three stages of processing. The vats were connected with pipes and each vat was lower than the one before and had higher walls.

Some of the By-products of salt making are Epsom salt and Glaber’s salt that is used in glassmaking and to soften hides.

Elijah Swift, one of Falmouth’s founding fathers was a major owner of Falmouth’s saltworks. Swift noted in one of his business records that 350 gallons of sea water produced one bushel of salt. 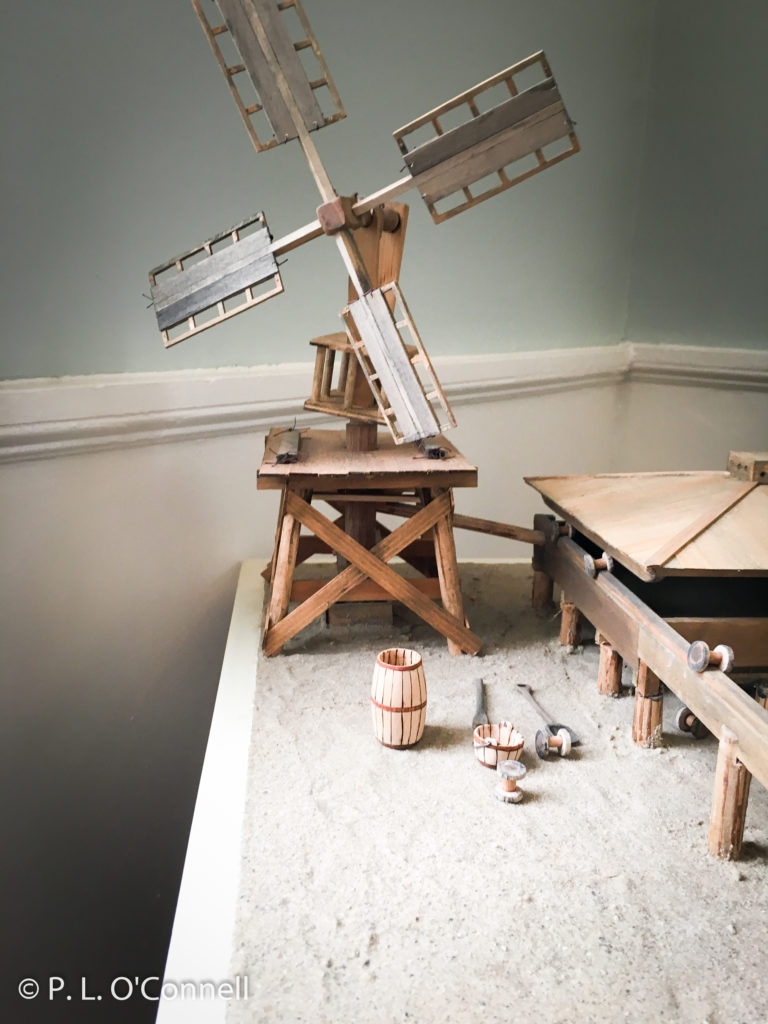 This is a miniature reproduction of the Falmouth Saltworks. It is on display at the Falmouth Museums on the Green.

Pyramid shaped roofs were rolled over the vats in case of rain. This was to prevent dilution. One significant rainfall could set the evaporation process back significantly. School children often helped to roll the roofs into place. At peak production, Falmouth had 42 saltworks along its shores in 1845.

“Cape Cod Saltworks” has recreated the historic tradition of producing salt by evaporation. They have recaptured the production of pure salt that is harvested from the waters of Cape Cod.

“The unique flavor of this 100% natural sea salt echoes the briny tang of a summer’s day at the beach.

While all of our guestrooms have their own charm suitable for relaxation after the most wonderful day exploring Cape Cod’s history, we recommend the Harriet Beecher Stowe room, the Theodore Roosevelt room or the Emily Dickinson room. These rooms feature comfortable king beds, fireplaces, jetted tubs and a relaxing stay before and after your day.