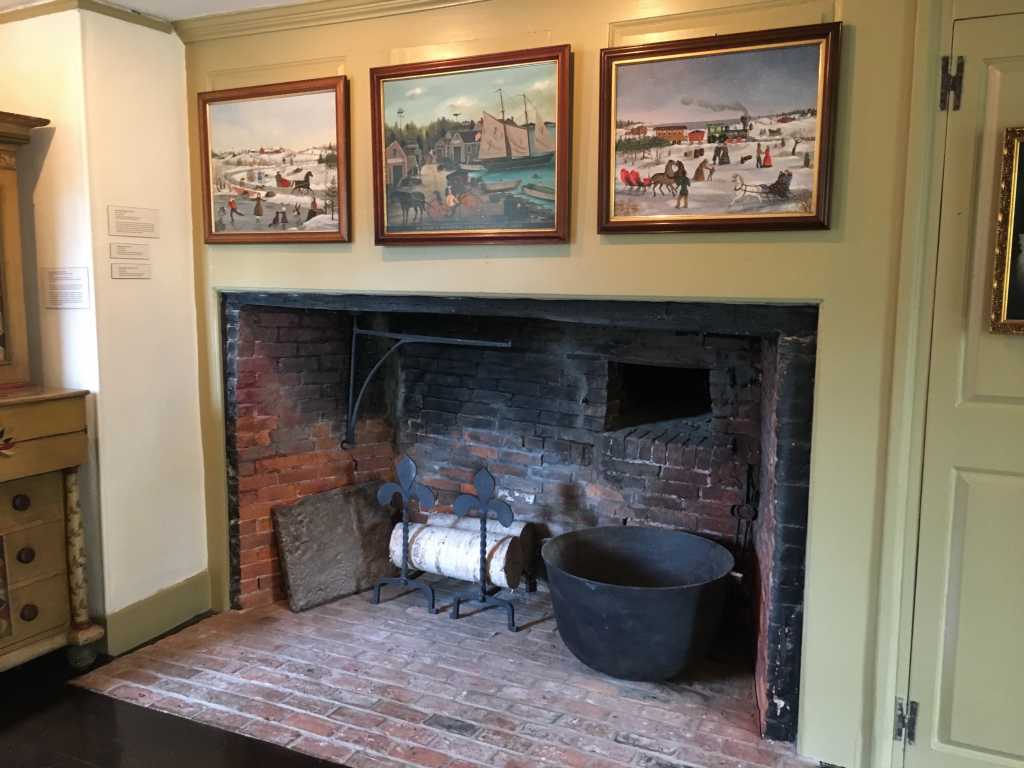 In the second half of the 18th century, Ebenezer Crocker built seven homesteads in the village of Cotuit. One of those homesteads, located at 4676 Falmouth Road, is now the stately two story colonial that houses the Cape Cod Museum of American Art. This house is a a Palladian or Georgian style and was constructed about 1782. At that time Cape Cod was just beginning to adopt the Georgian style. It has a classic symmetrical design with the placement of it’s windows and doors. Also, the capped pediment doorway  the small-pane flat toped window casings and gabled roof add to the traditional design. Clapboards were chosen to emphasize the horizontal lines of the design. The dark red color was chosen to make it look like the more extravagant brick homes in the cities.

In the interior there is an abundance of wood work. This includes paneling, wainscoting and an occasional entire wall usually one with a fireplace. During the time period that this house was built, mantles were only found in the most elegant homes, however, frequently they were added at a later date.

The kitchen is located, at what originally was the rear of the house. It has one of the paneled wood walls with a walk-in fireplace with a beehive oven at the back. It has a wide hearth so that the user can reach the oven. (As I was admiring the lovely brick work I was reminded of the statistic that I once read about early American life,  it said that the leading cause of death for women at  was, burning. Their long skirts would catch fire while they were cooking.)

In the early nineteenth century, the house was made into a tavern and was a overnight stop of the Hyannis-Sandwich stagecoach line. One